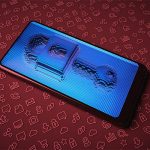 With the addition of end-to-end encryption to Google’s Android Messages application, we have a perfect opportunity to discuss the concept of encryption and why it is so important. Let’s dive right in, shall we?

First, let’s go over what encryption is, as a bit of background.

What is Encryption, and How Does it Work?

If you’re looking to keep data secure as you share it or store it, encryption is one of the best means to do so.

For instance, let’s say that (for whatever reason) we wanted to share a line from Romeo and Juliet with someone, but we wanted to make sure that the someone we’re sharing it with would be the only one to get that information. By using encryption, we can take the following passage...

“But, soft, what light through yonder window breaks?
It is the east, and Juliet is the sun.”

...and turn it into this as it is sent along:

Once this information has been encrypted, only someone with the decryption key could take this jumble and restore it to William Shakespeare’s classic piece. Think of it like using the Ovaltine decoder ring from A Christmas Story.

Obviously, this is a gross oversimplification of how encryption works. In reality, encryption is effectively an enormously complicated math problem that would take even the most powerful computer centuries to solve.

Okay, so now that we’ve established what encryption is, let’s dive into what Google has done with its Android Messages app.

Google is Adding Encryption to the Stock Message App on Android

First announced at the launch of its beta test in November of 2020, all up-to-date instances of the default Android Messages application now feature end-to-end encryption. This is certainly a welcome improvement, as SMS messages are often used to transmit sensitive information and two-factor authentication proofs.

As of right now, this encryption feature comes into play with one-on-one chats between users who have chat features enabled on their device, and is visually represented by a padlock at the top of the screen.

Encryption is a Tool That You Should Be Using

While encryption alone won’t be enough to completely protect your business’ processes as a whole, that isn’t to say that it can be skipped—quite the opposite.

GeekBox IT can assist you in implementing this and various other security measures and protocols. To learn more about what we have to offer, give us a call at (336) 790-1000.

It’s fair to say that, across the board, times have been particularly tough as of late for businesses. On top of businesses having to fight through the socioeconomic crisis created by the COVID-19 pandemic and the supply chain issues, they also have to juggle more data than ever. In short, businesses need reliable and cost-effective ways to manage their critical... END_OF_DOCUMENT_TOKEN_TO_BE_REPLACED